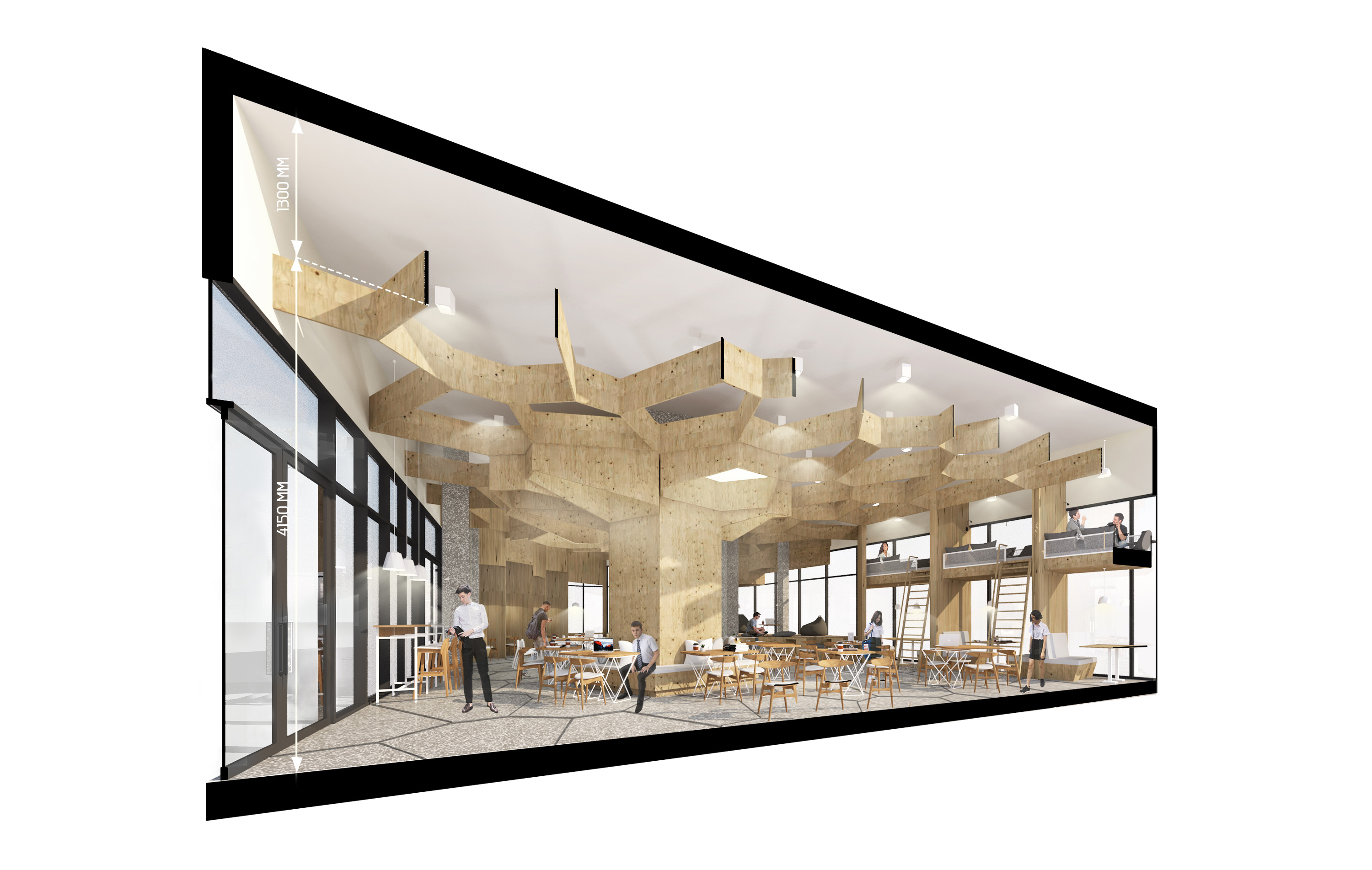 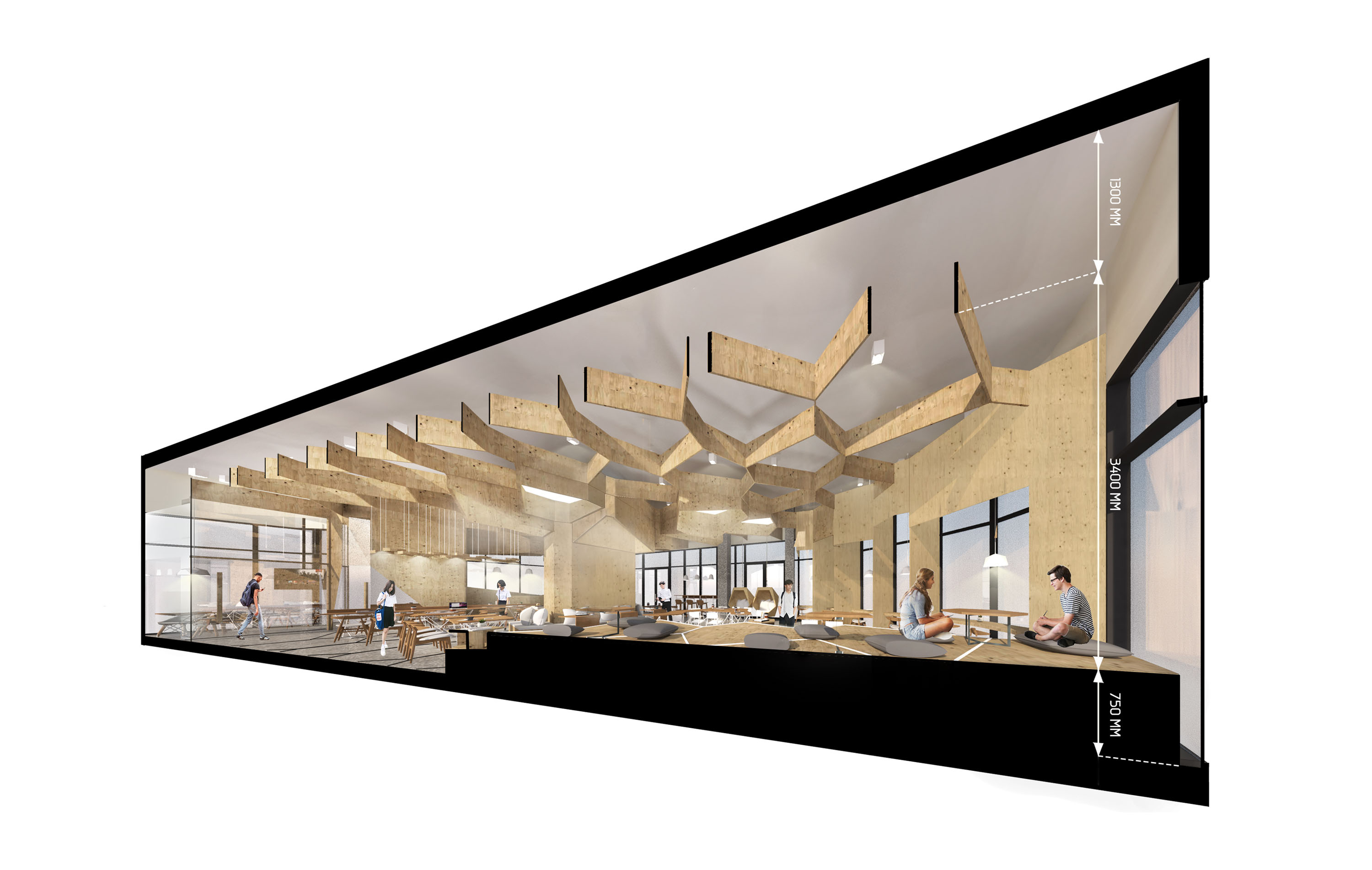 
Due to its location in the vicinity of many educational institutions, "the Co-Ronoi Space" is envisioned to be a new social and cultural hub for new generations to gather, collectively or privately study, work and socialise in one place. The name "Co-Ronoi" (Co-learning + Voronoi) derives from the concept of Voronoi diagram, a theory of mathematics used to model a number of different biological structures, including cells and bone microarchitecture. The emergence and behaviour of Voronoi tessellation is then analysed, in which it consists of a set of seeds and each one of them has a corresponding region called Voronoi Cell. All sides of its boundary are the result of equal division between any given point (a generator) and its neighbours.

Similarly to the way in which users negotiate their territorial spaces amongst one another within the same enclosure, the process of generating Voronoi tessellation is therefore applied onto the spatial organisation process of the project through the use of an advanced algorithmic modeling tool. It is an attempt to find a new way of creating internally subdivided spaces originated from location and scale of each specific programme (generators) i.e. a private seating requires a smaller scale of a Voronoi Cell whereas a meeting room requires a larger scale of a Voronoi Cell, etc.

After the application process of Voronoi tessellation onto the site boundary is complete, the pattern is then utilised as a basic tool for the volumisation process. The final result is a spatial orchestration of three dimensional composition between downward extrusions from the overhead Voronoi pattern such as hanging enclosures and lighting fixtures and upward extrusions from the ground Voronoi pattern such as an amphitheatre, sunken seatings, a reception counter, etc.