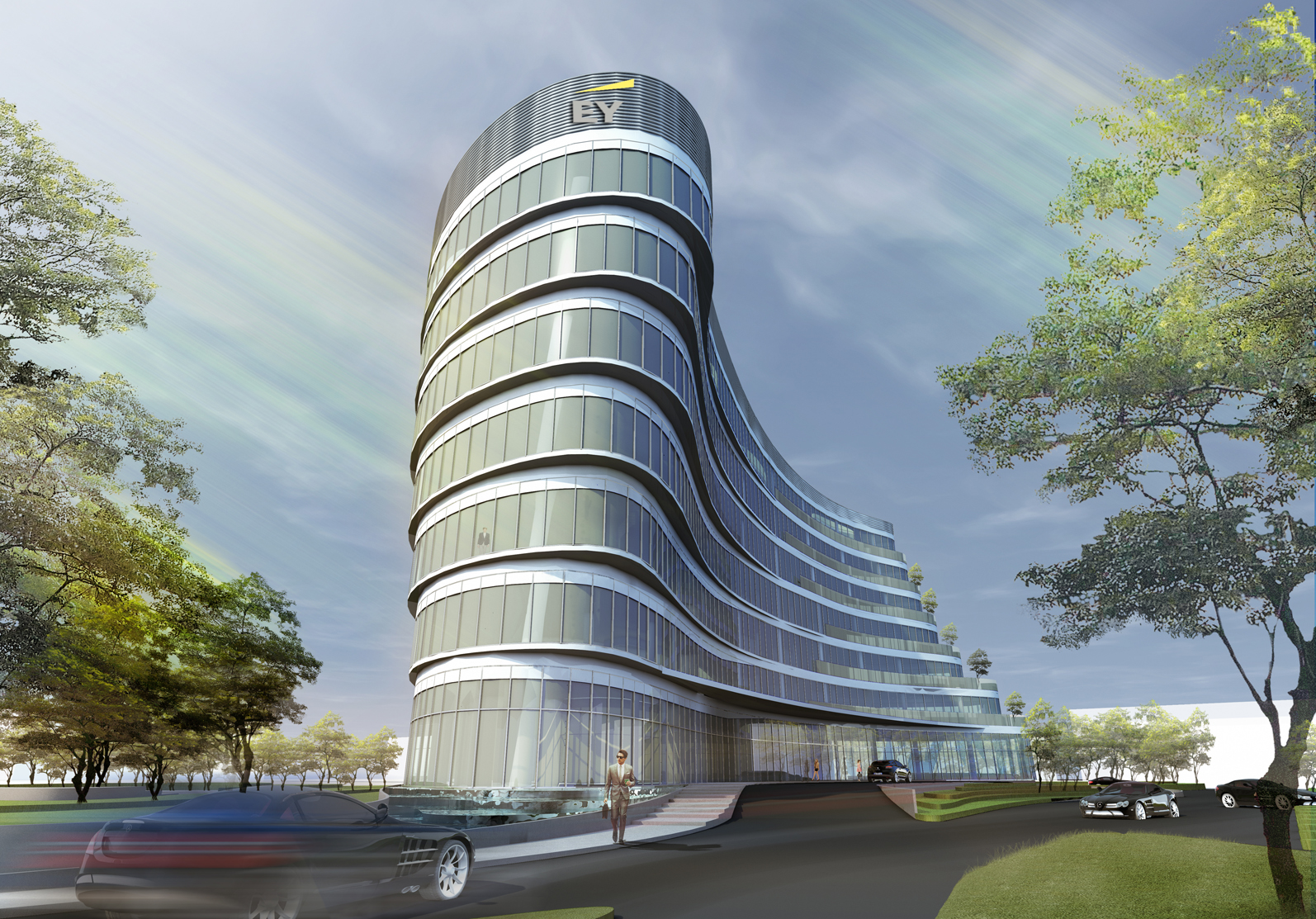 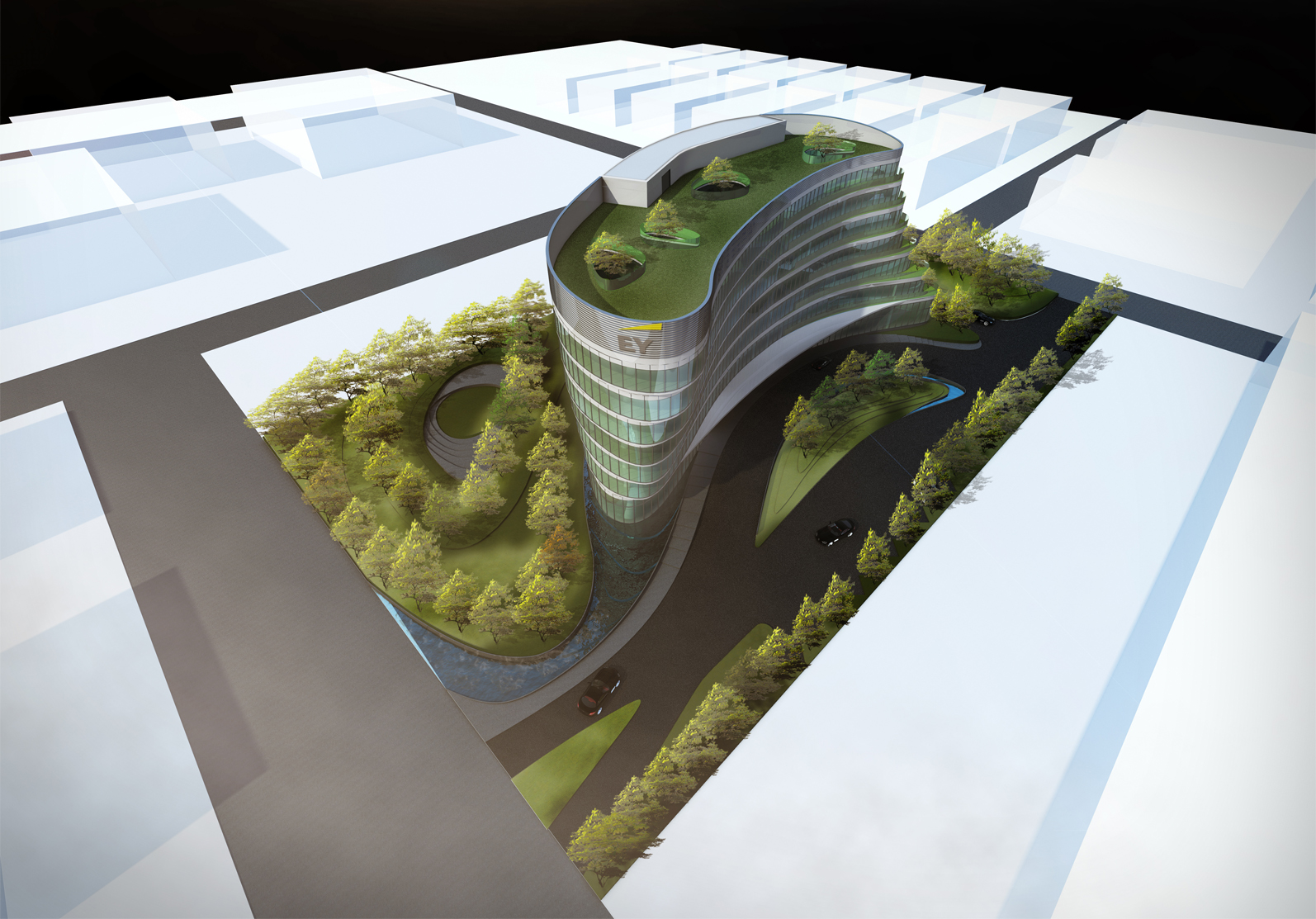 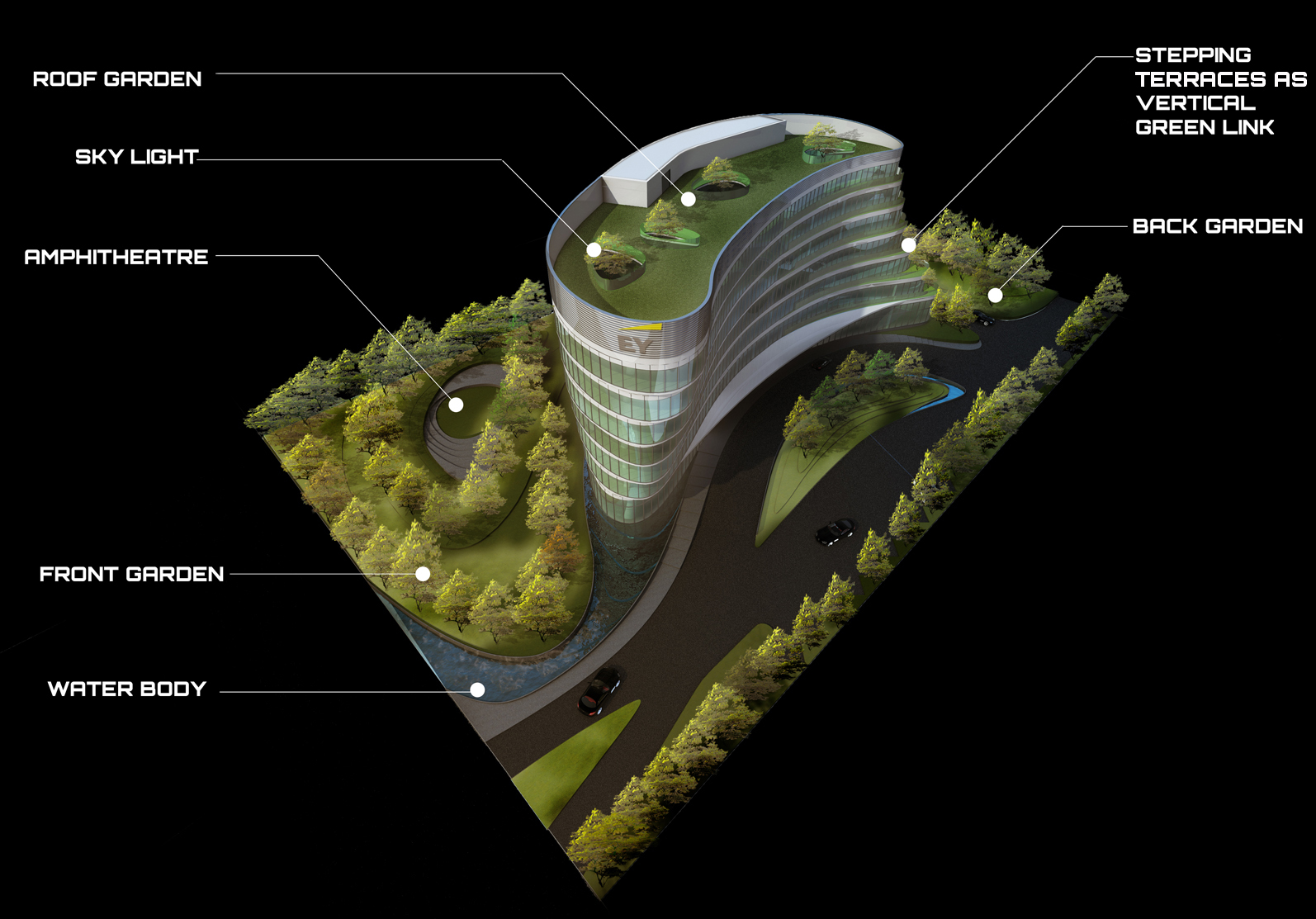 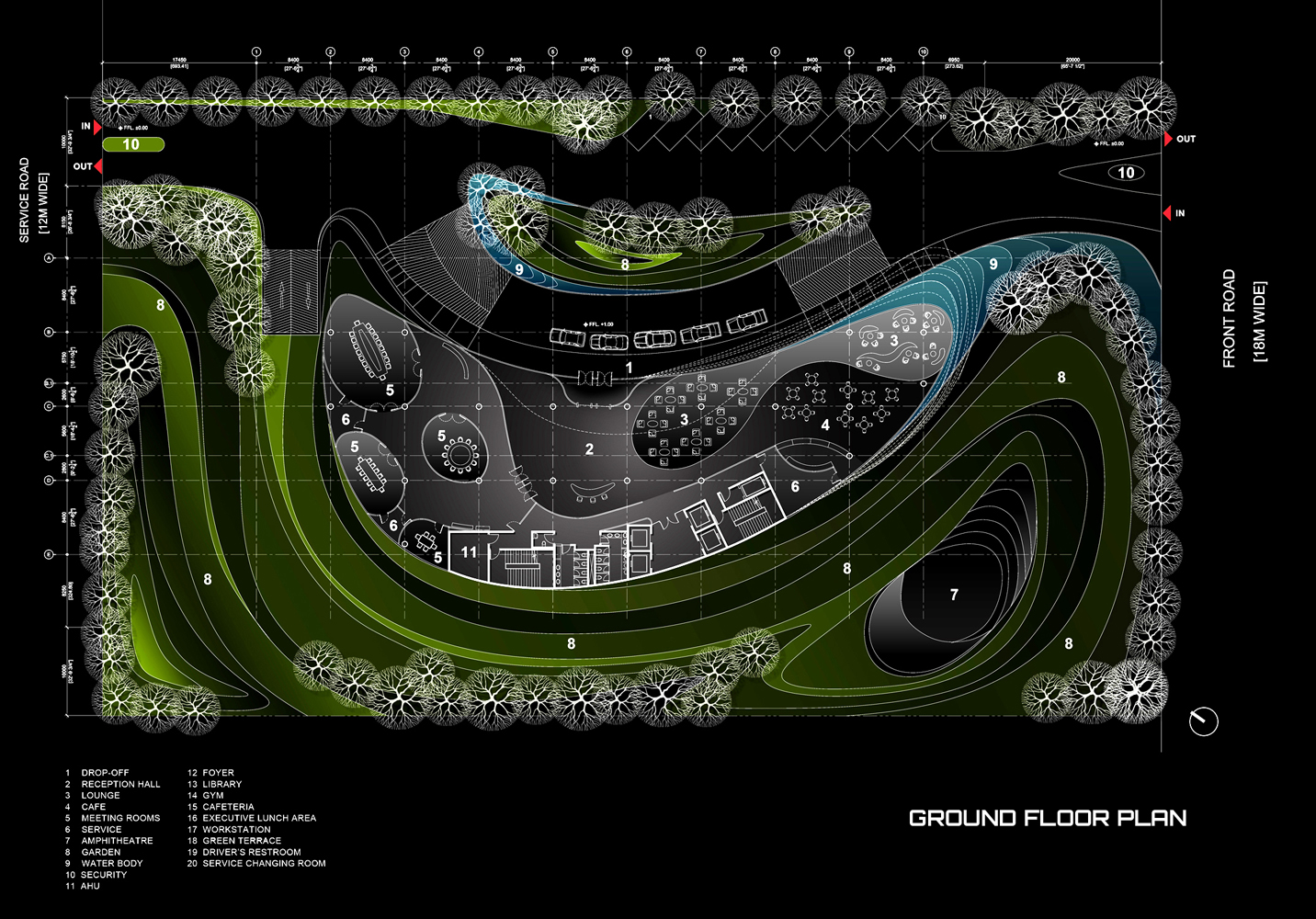 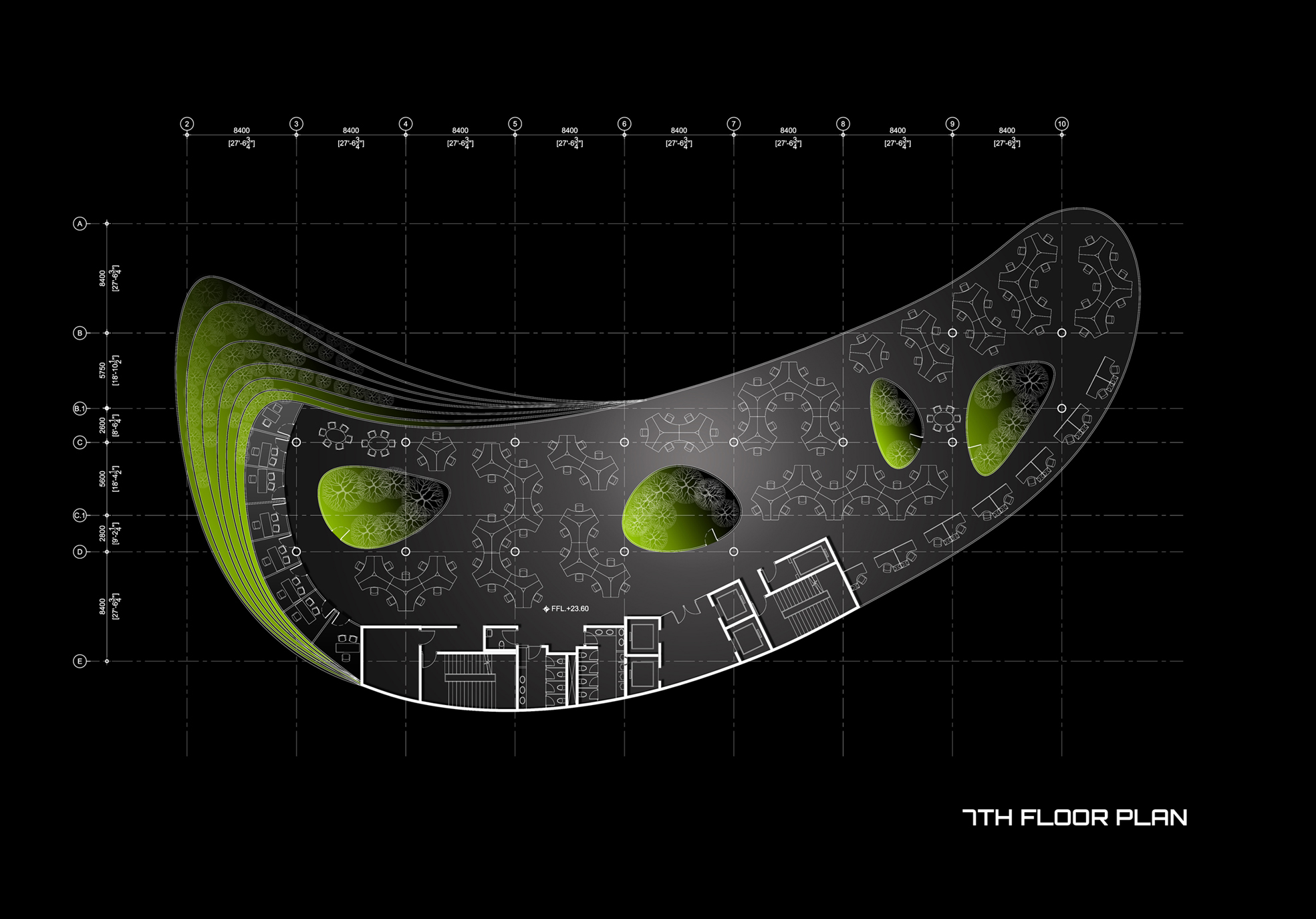 
The ‘EY’ culture of ‘Inclusiveness’ has become our source of architectural inspiration. By interpreting its profound meaning into the physicality, the proposed design attempts to ‘integrate’ the context of the site, the landscape that surrounds the building, the building itself and its interiority into a coherent entity where energy, enthusiasm and relationships are seamlessly cultivated.

The new office of EY embodies the concept of ‘Flow’ which is characterized by various aspects of the design elements, from site plan to internal space planning. ‘Flow’ concept is also addressed in the building form in which each floor is slanted towards the East as it goes up towards the top. Subsequently, the building leaning to the East creates shade onto its own facade onto the lower floors and, at the same time, leaves a series of stepping terraces on the North side for planting as a man-made contour linking the garden on the ground level to the green roof top.