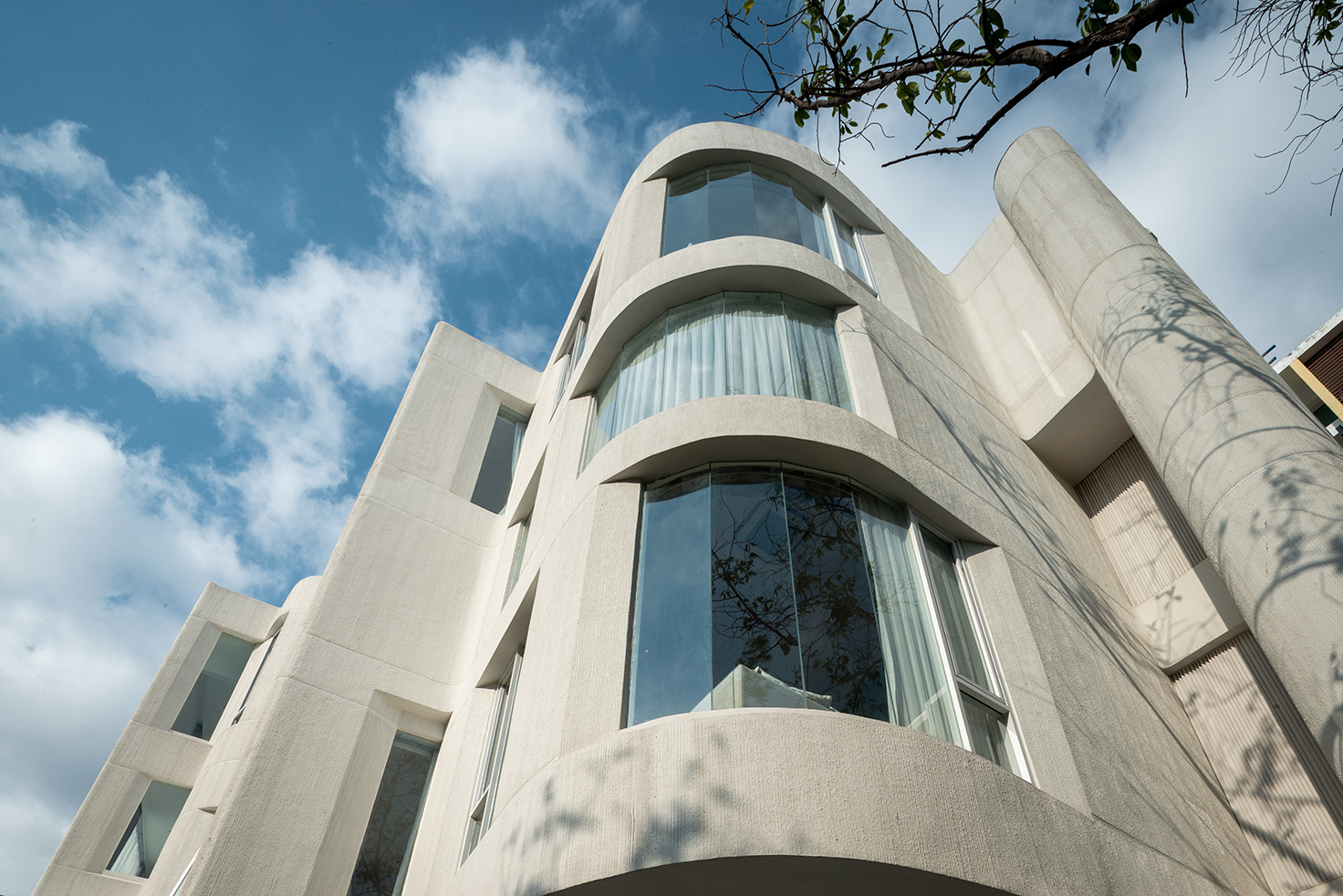 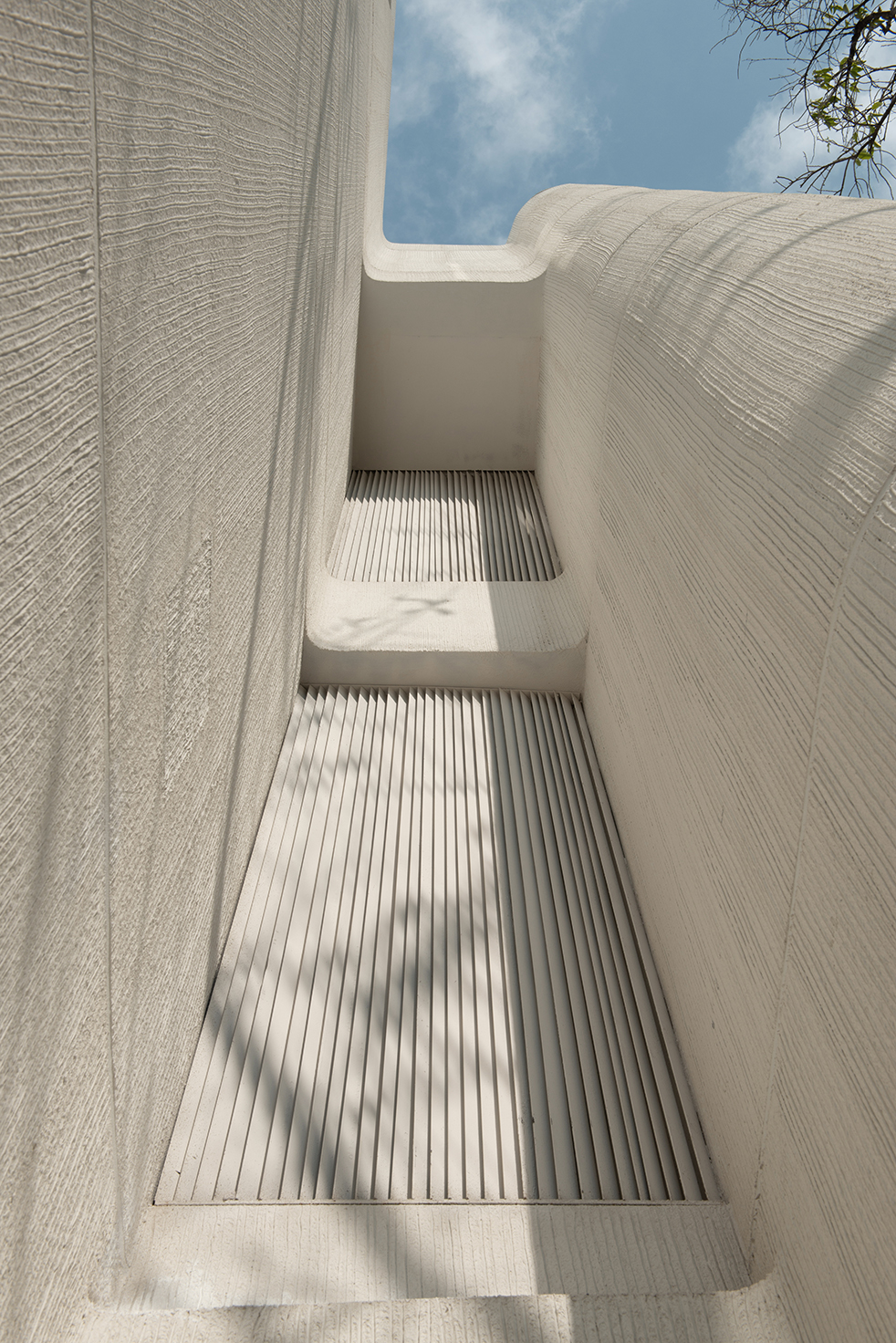 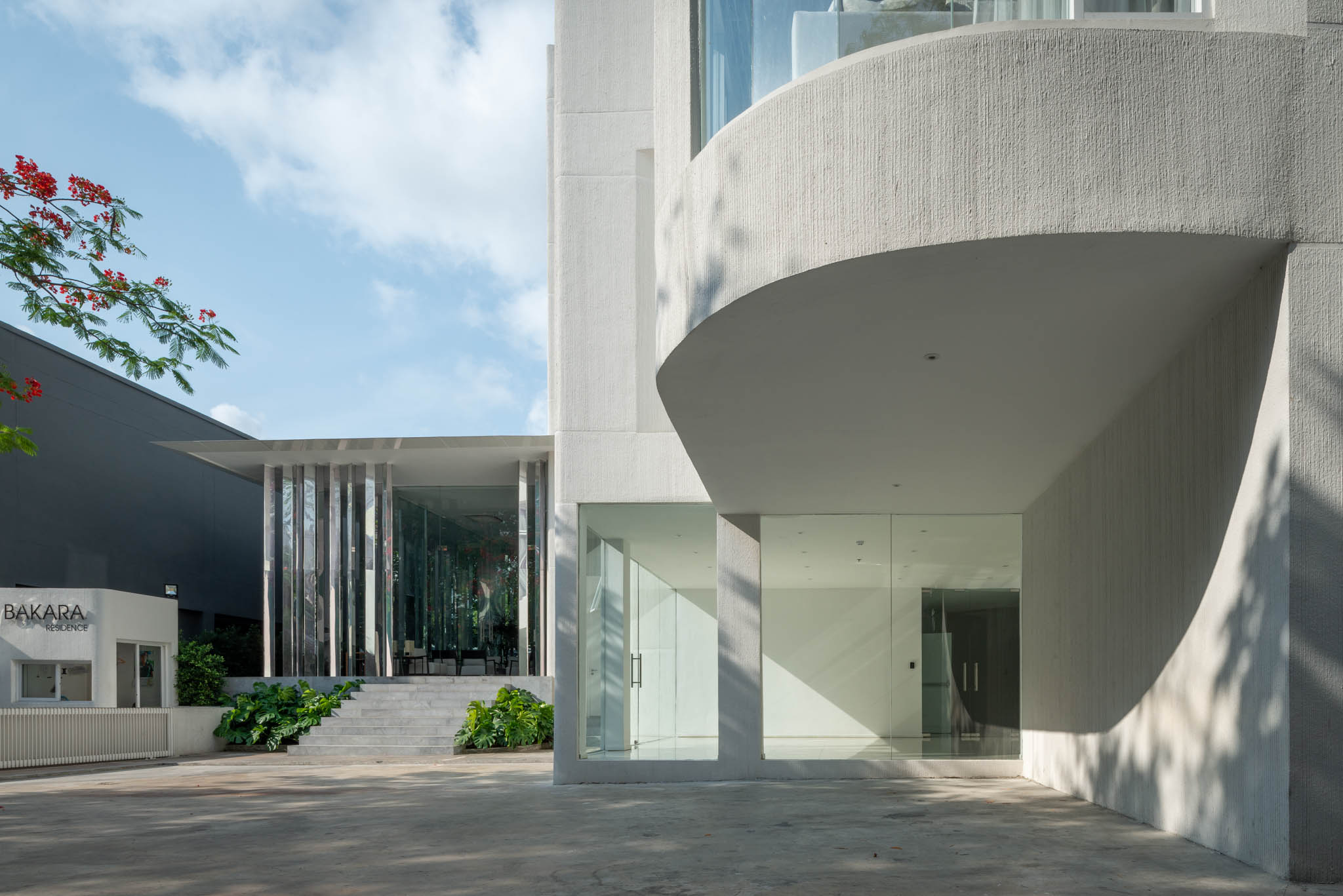 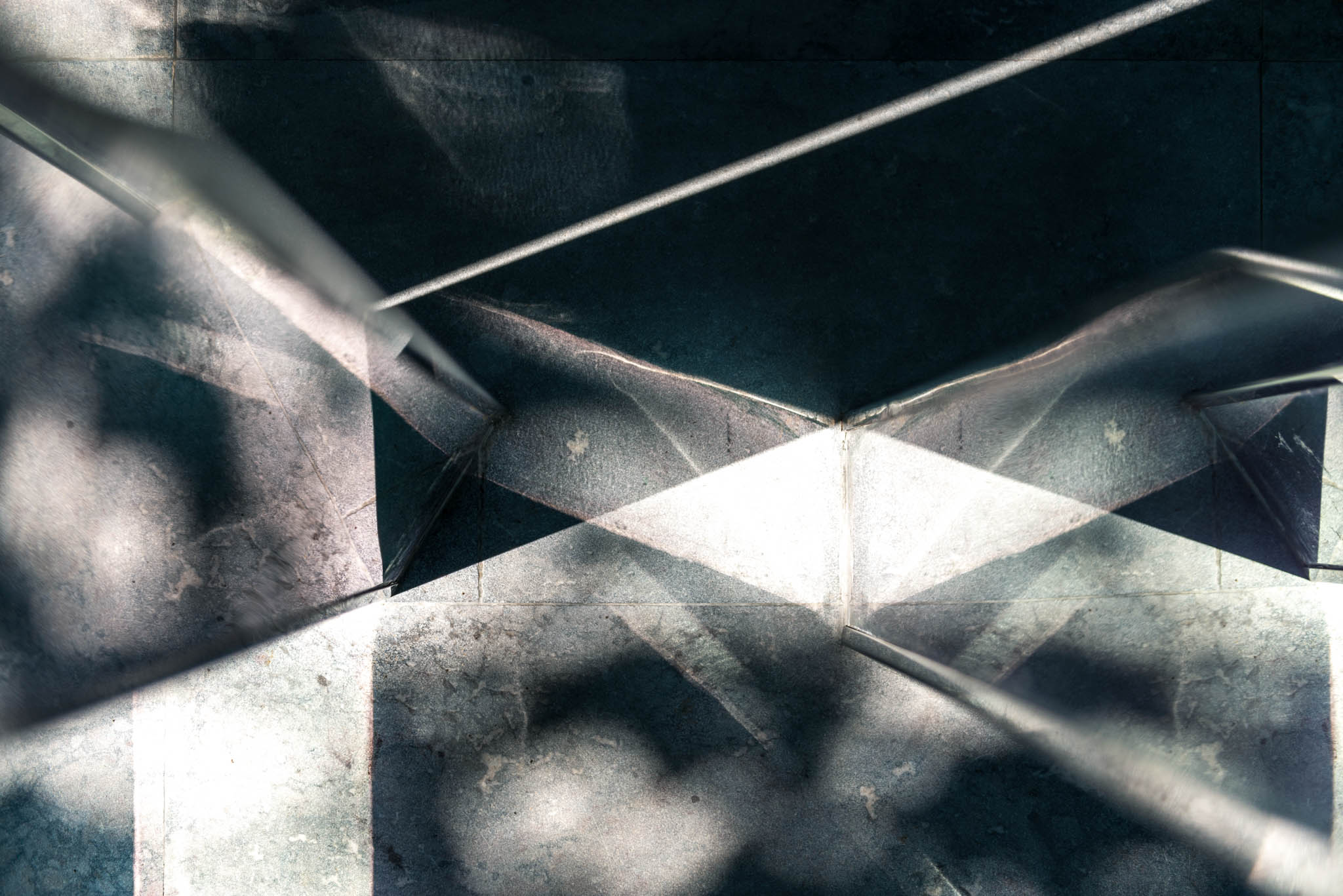 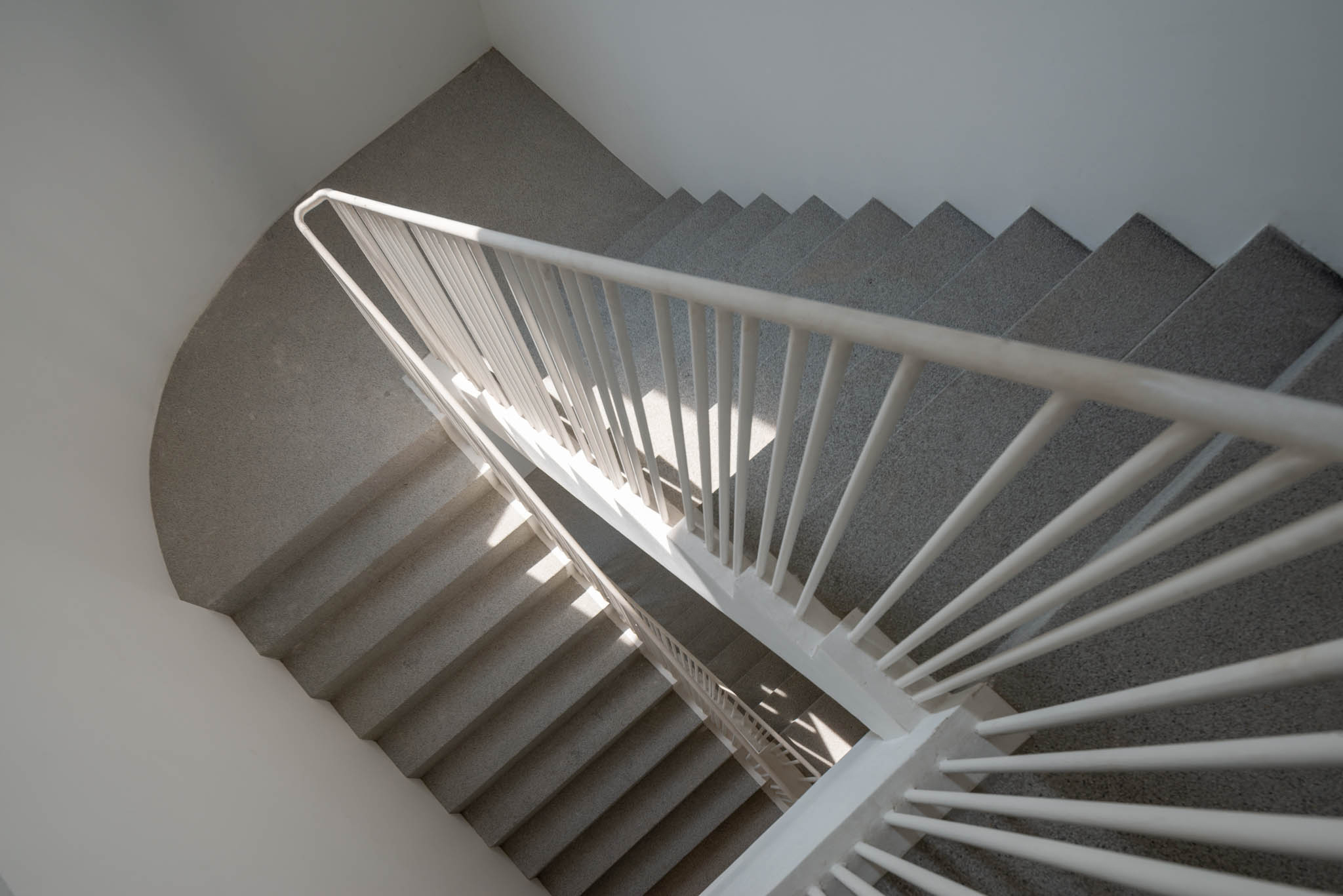 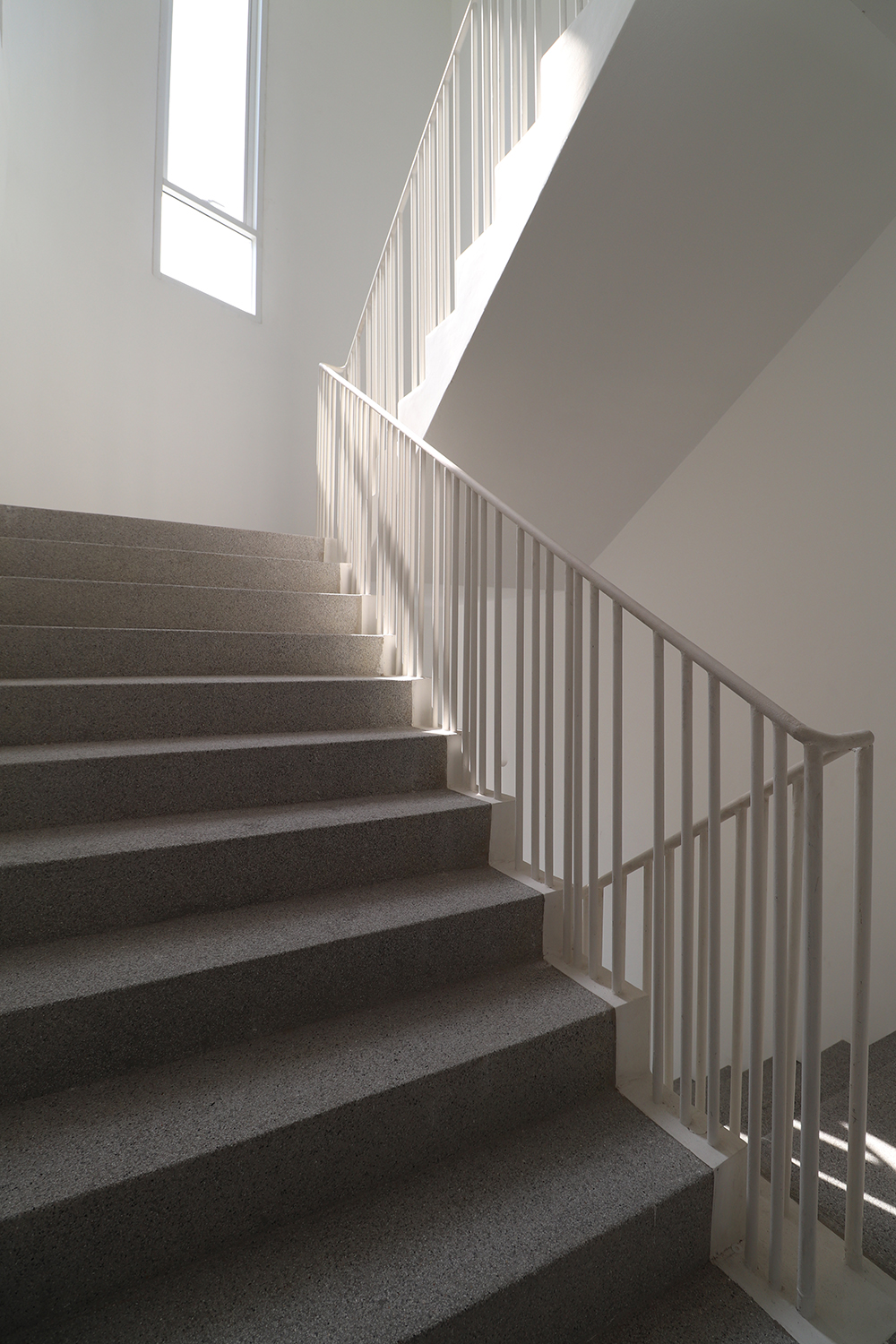 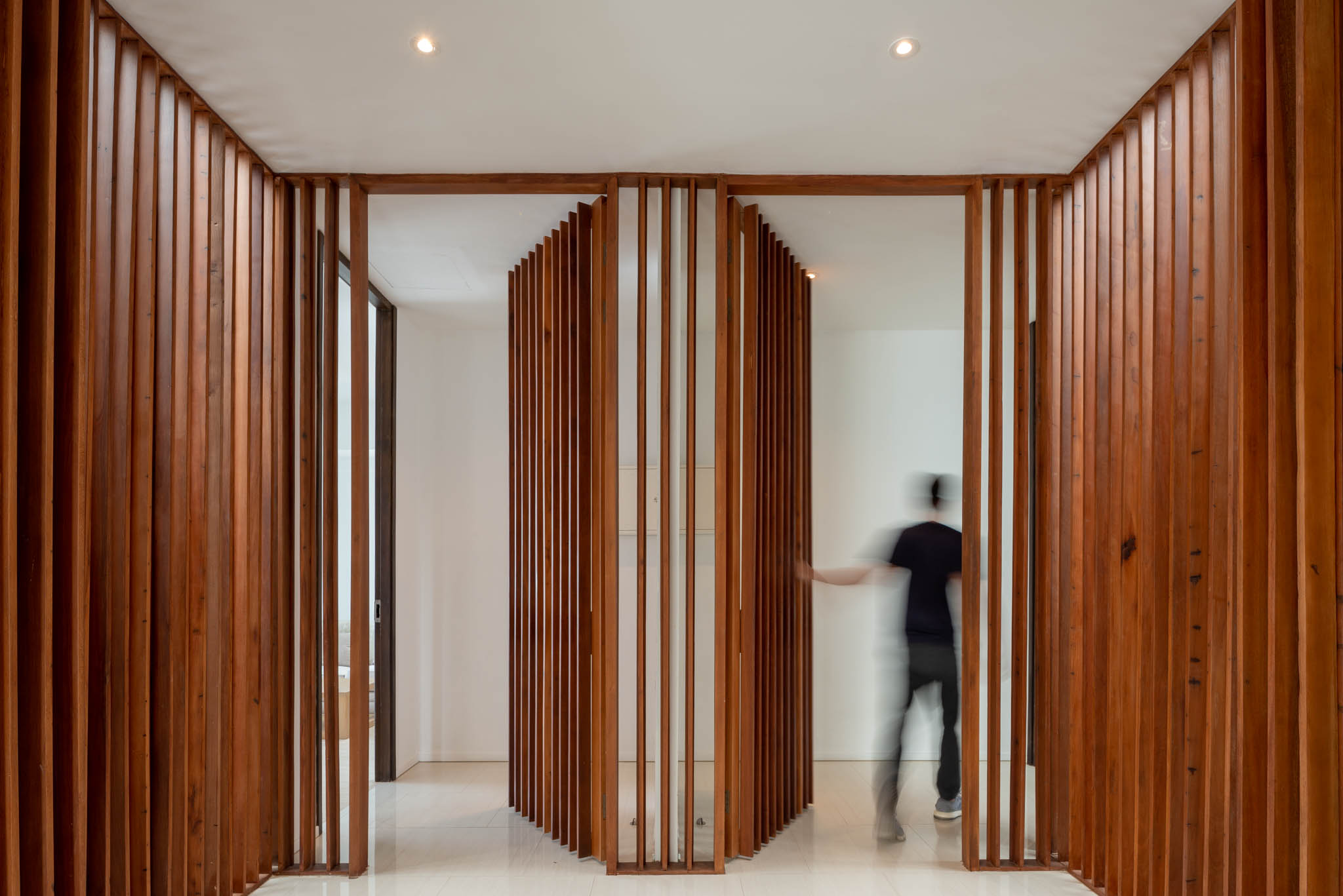 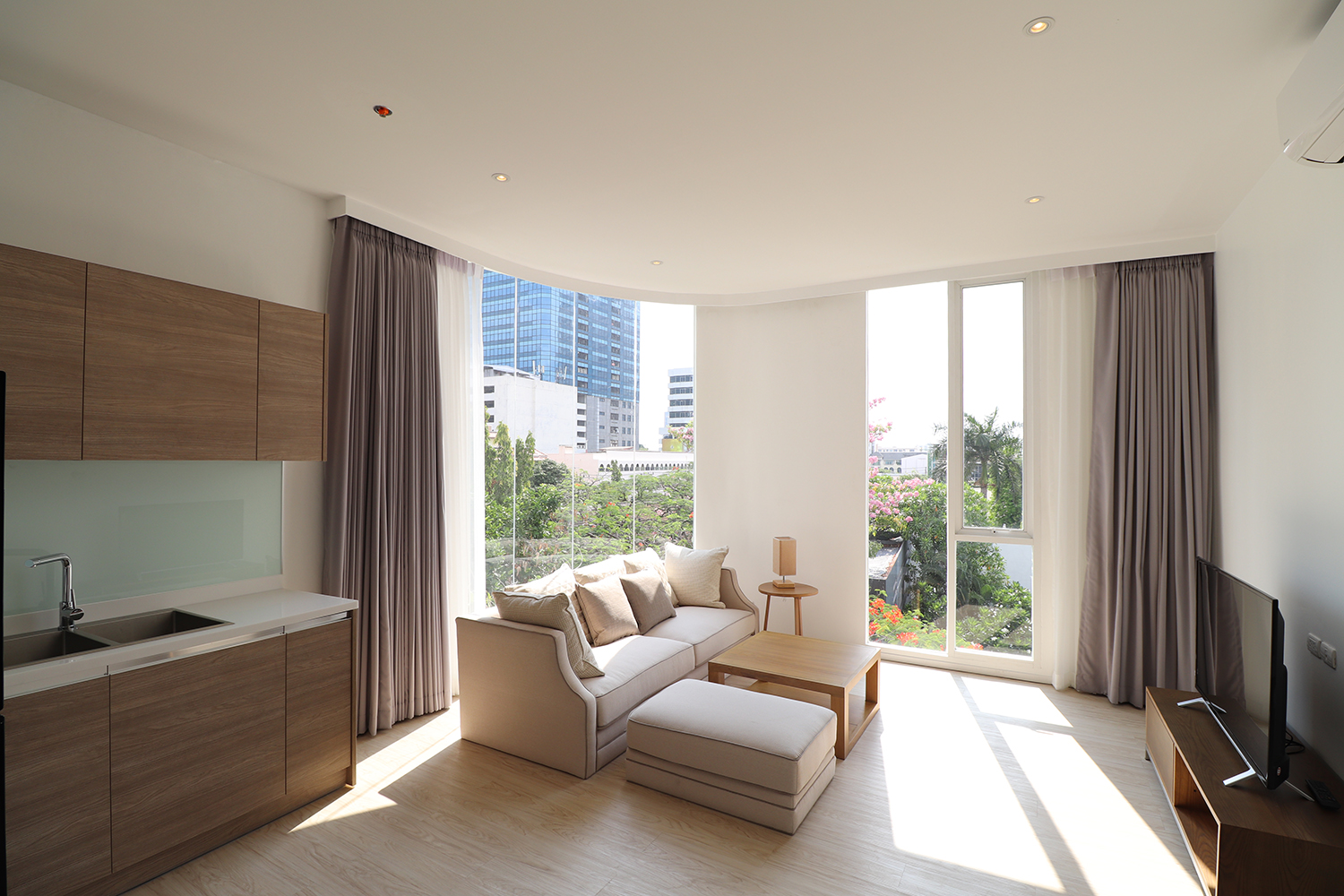 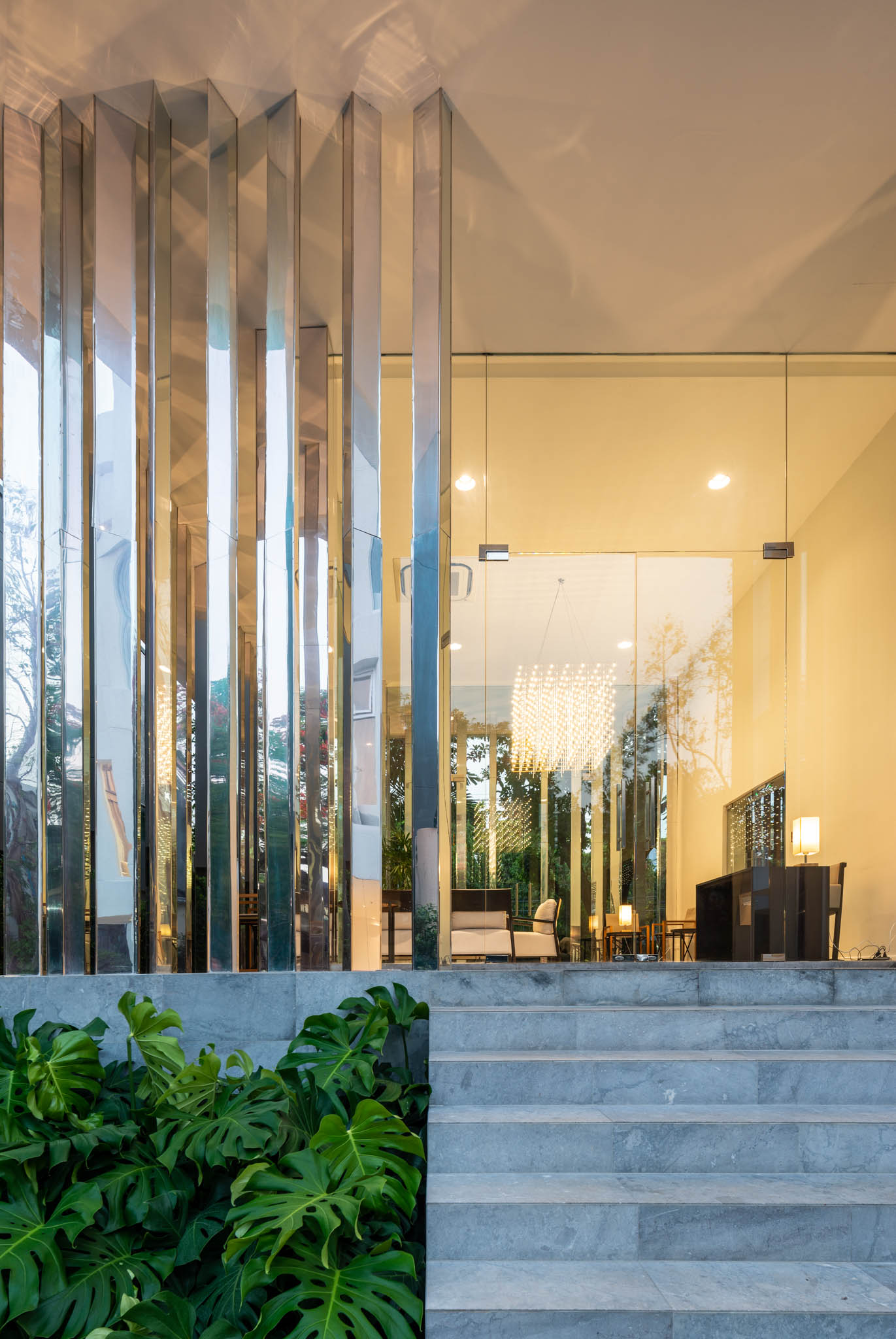 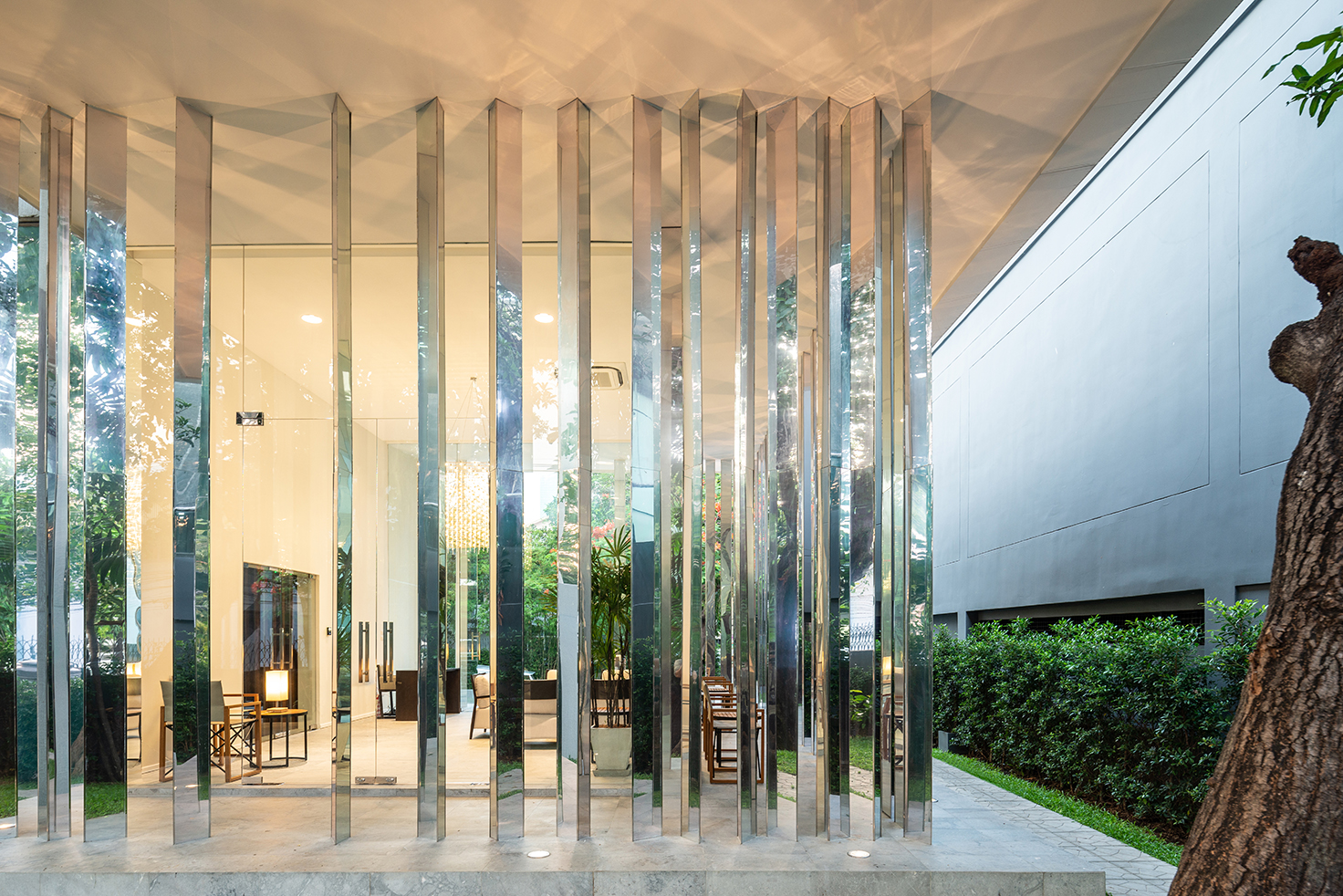 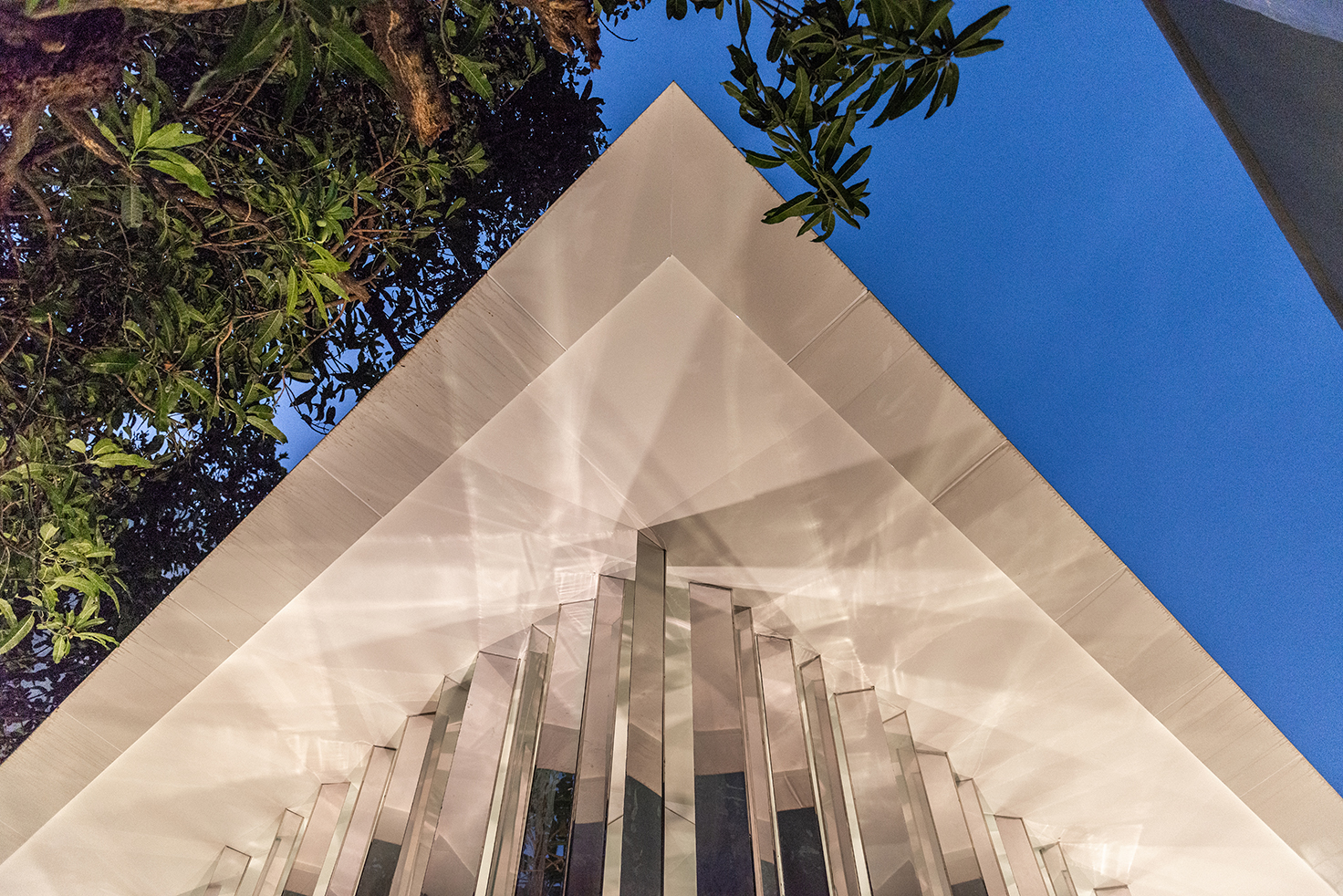 
An abandoned 30-year-old building in Thonglor district, Bangkok has been given a new life once again after a major renovation. The requirement is to turn this run-down 4-storey structure into a peaceful residence given the constraints that the appearance of the exterior will entirely be refreshed yet most of the main structure will still be kept intact. Another challenge is how to bring the natural light to the middle of the building in which the existing internal spaces were a stack of large double volumes, not originally designed for small compartmentalisation of the new programme of compact residential units.

In order to brighten the internal corridor and foyer of residential units in the middle of the layout on every floor, the concept of 'Prism' is then deployed and expressed internally and externally. Three light wells, starting up from the ground level to the skylight on the roof, are inserted evenly across the north-south axis of the floor plans. Each light well then acts as 'a negative prism', bringing natural light from the skylight down vertically and dispersing light horizontally to every floor through the surrounding vertical timber slats. The timber slats are also functioned as open channels for cross ventilation from north-south winds flowing through the building. As a result, flows of nature can reach the residents in each unit by permeating through the negative prisms inside the building that, on the contrary, looks monolithic externally.

On the facade, the existing worn-out red tiles on the outer skin were entirely replaced by white brushed texture with a newly-constructed 'Prism' pavilion as a new lobby lounge. 'The positive prisms', as a counterpart concept of the negative prism, are conceptualised as a series of multi-reflection permeable boundary, veiling the space of 4-meter high lobby lounge inside. The multiple reflections created by the mirror finish of vertical triangular prisms, when looking from inside out, extends the interior space beyond the glass wall into the surrounding garden. While looking from outside in, it looks as if the interior space was infused by the landscape and, in some vantage points, entirely vanished behind the reflections of the surrounding green setting. The ambiguity between inside and outside is then emerged subtlely and interchangeably.

The mirror-finish triangular prisms, when struck by the sunlight during daytime, create multiple light effects of reflection and refraction onto the floor and ceiling of the space. During night time, the dramatic light effects are enlivened by floor-sunken lights, uplifting the status of the otherwise plane white ceiling into a big canvas of multi-dimensional light and shadow art forms.