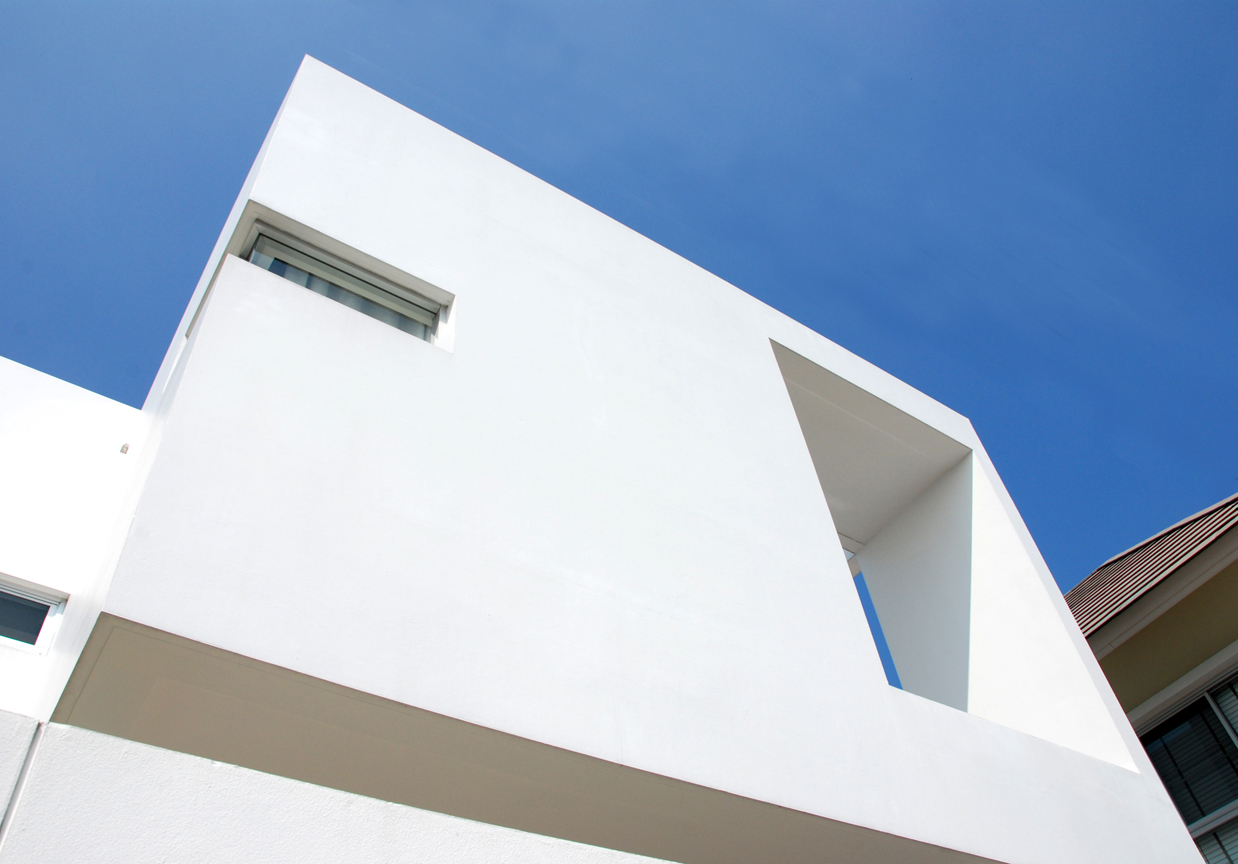 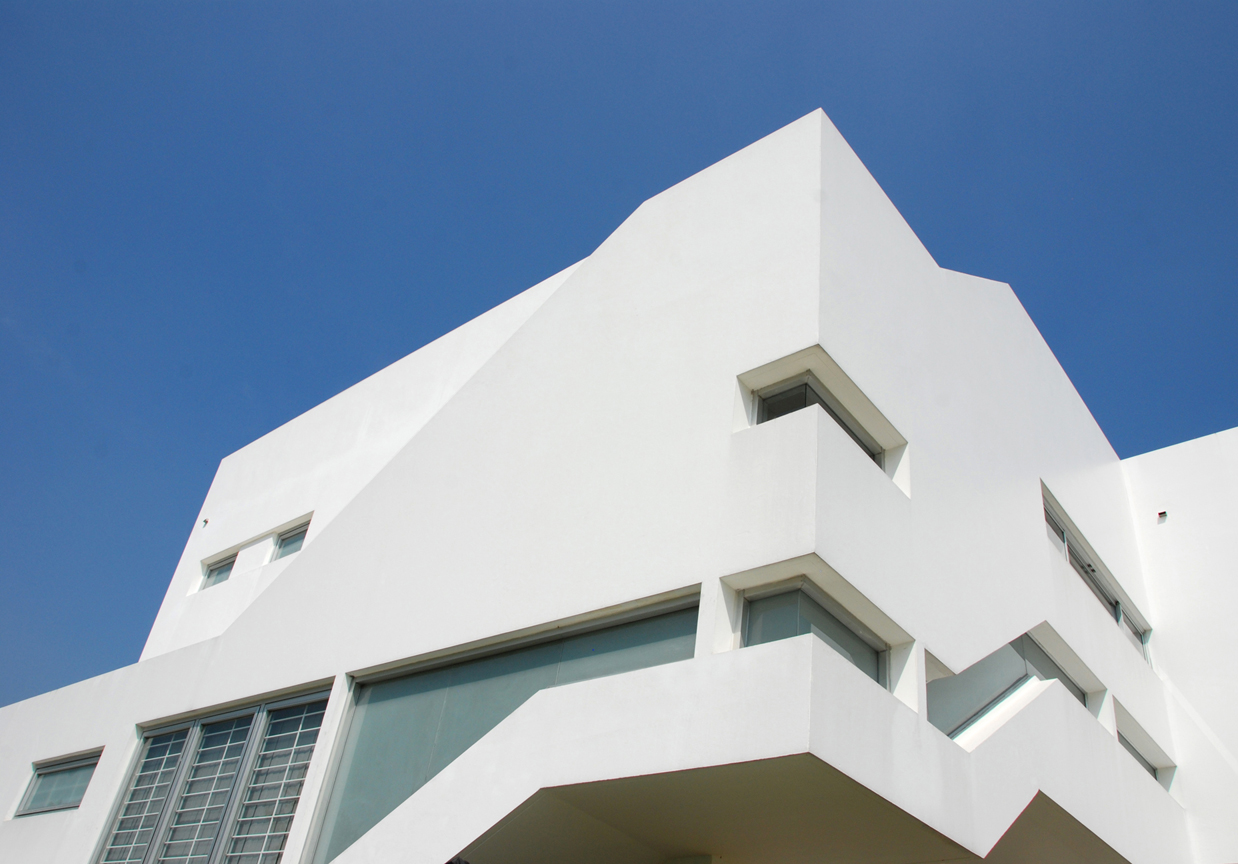 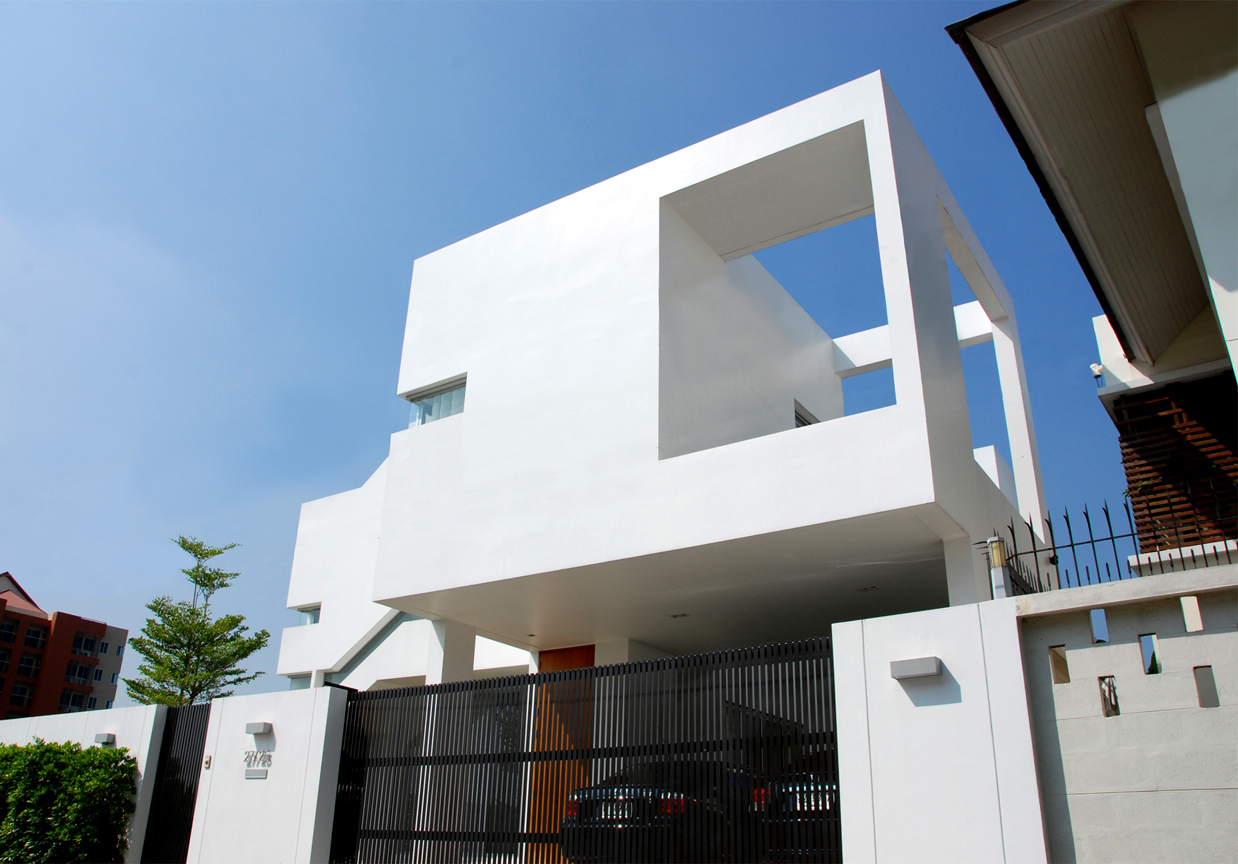 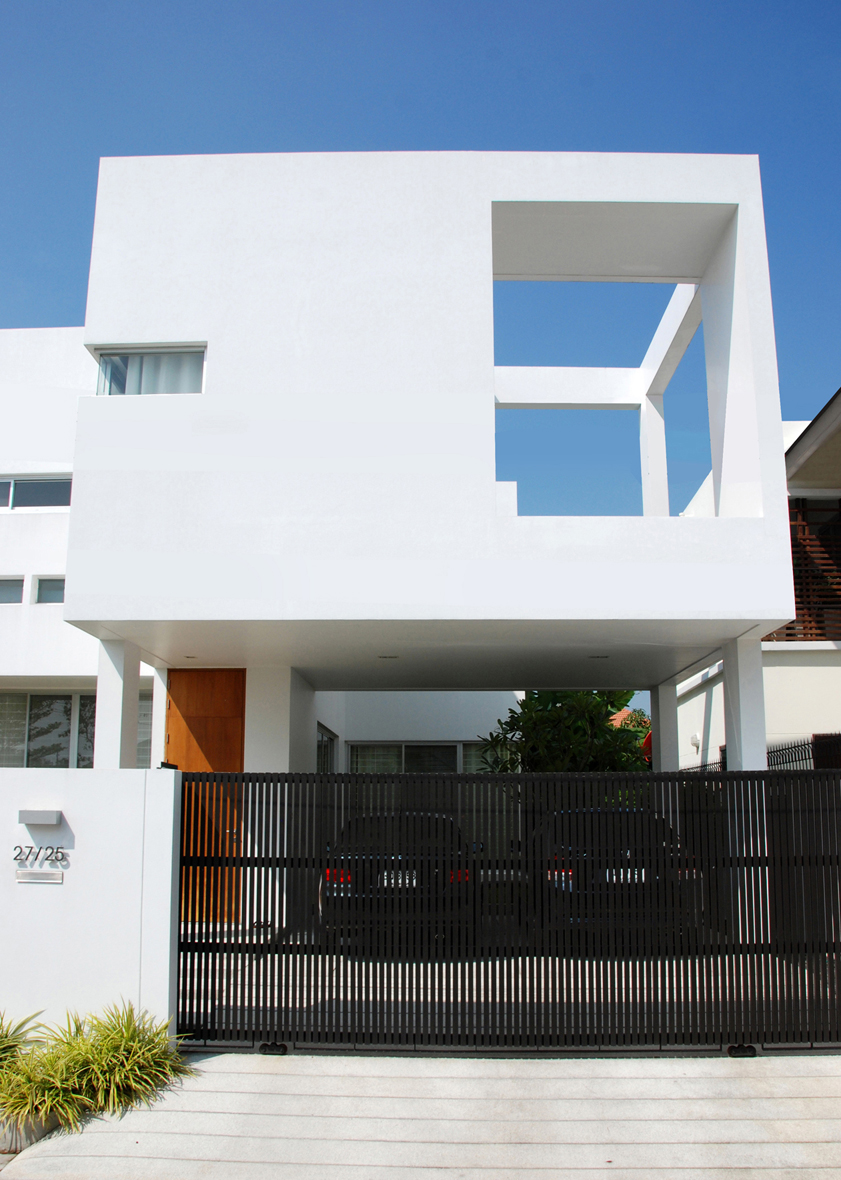 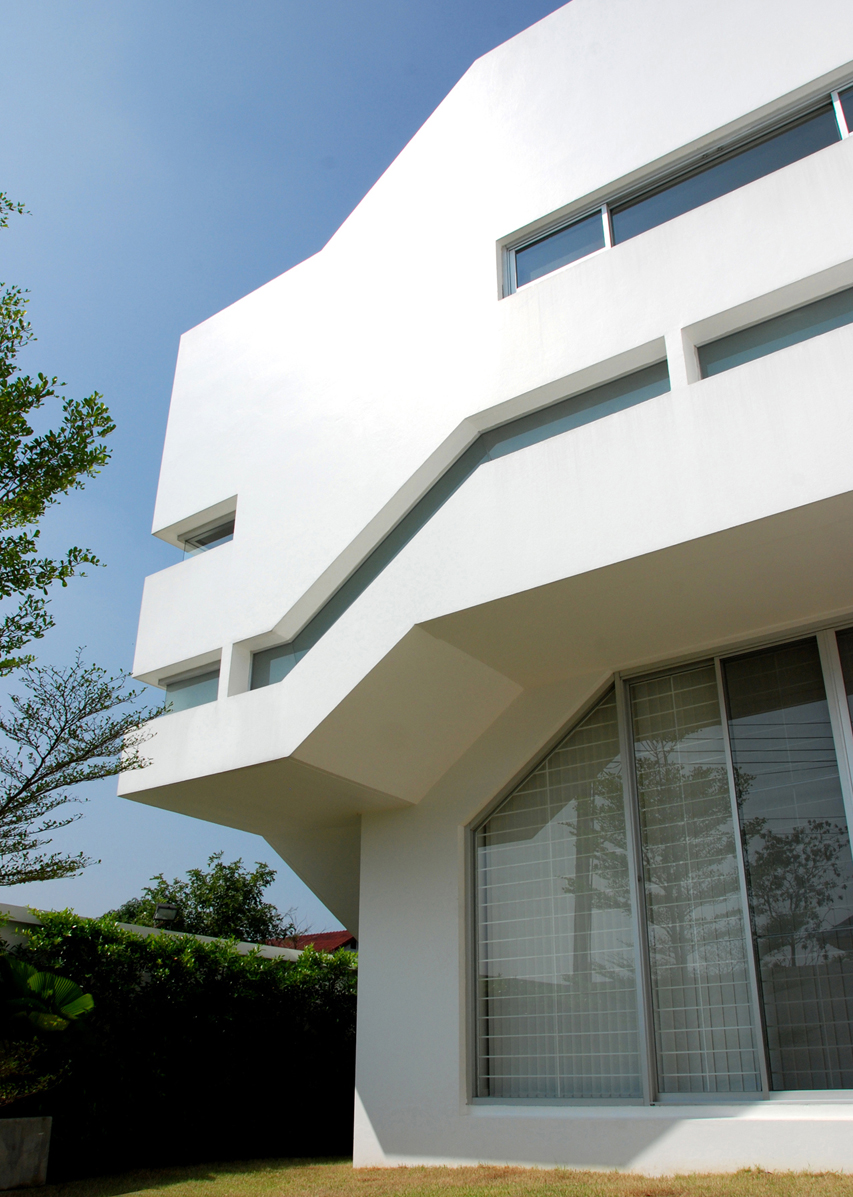 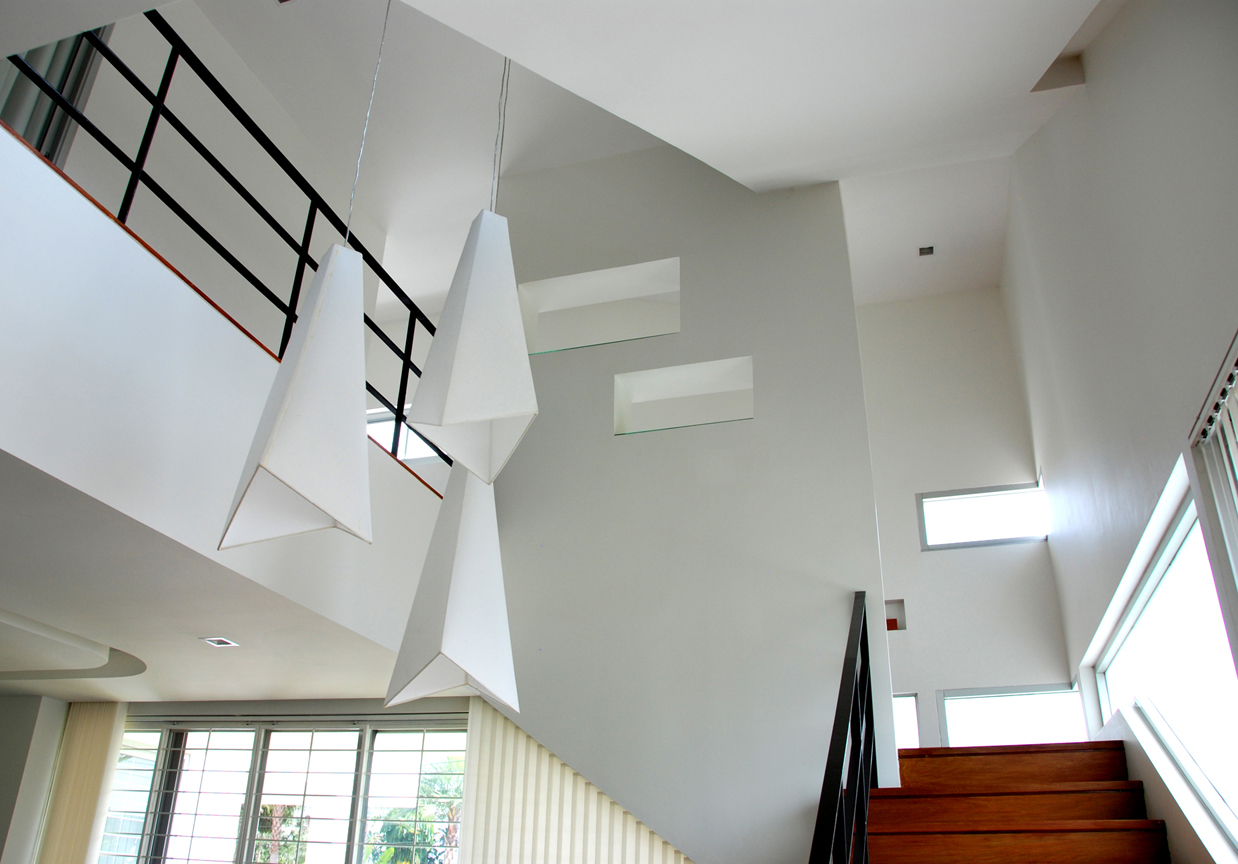 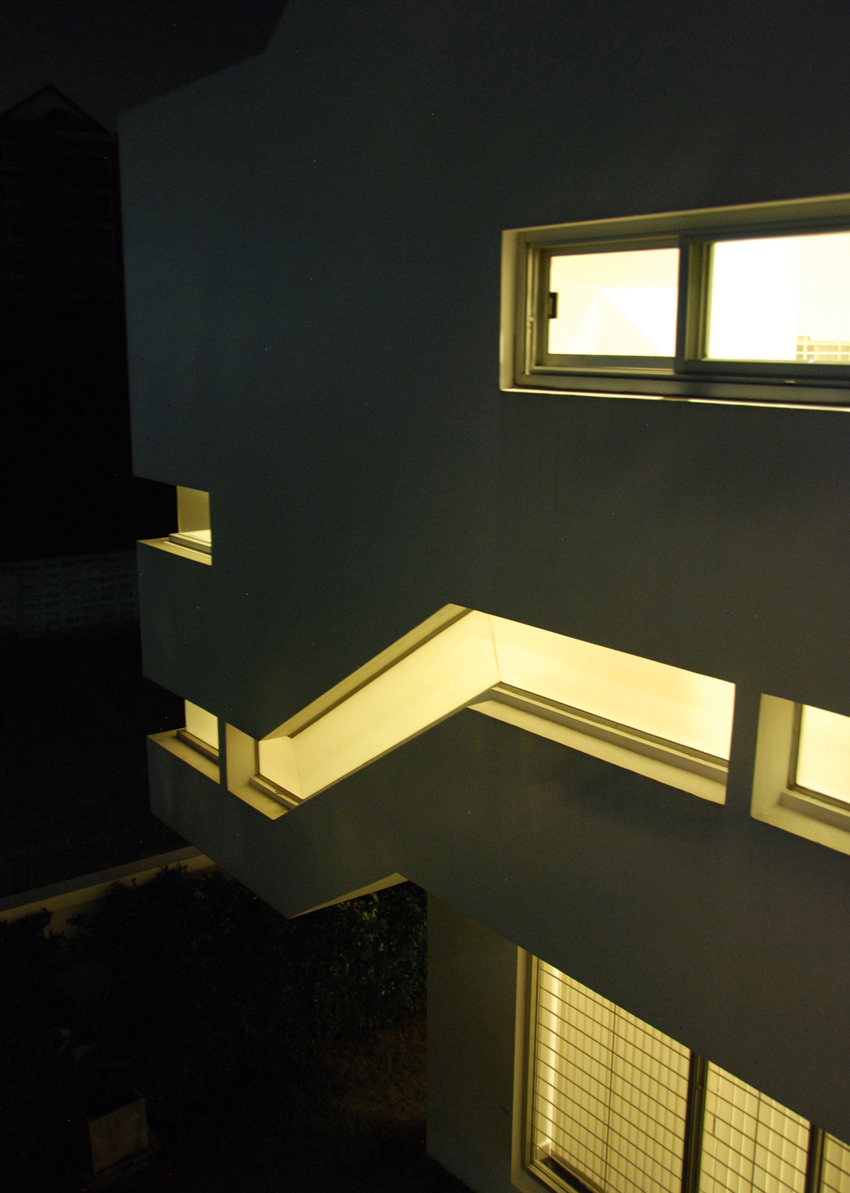 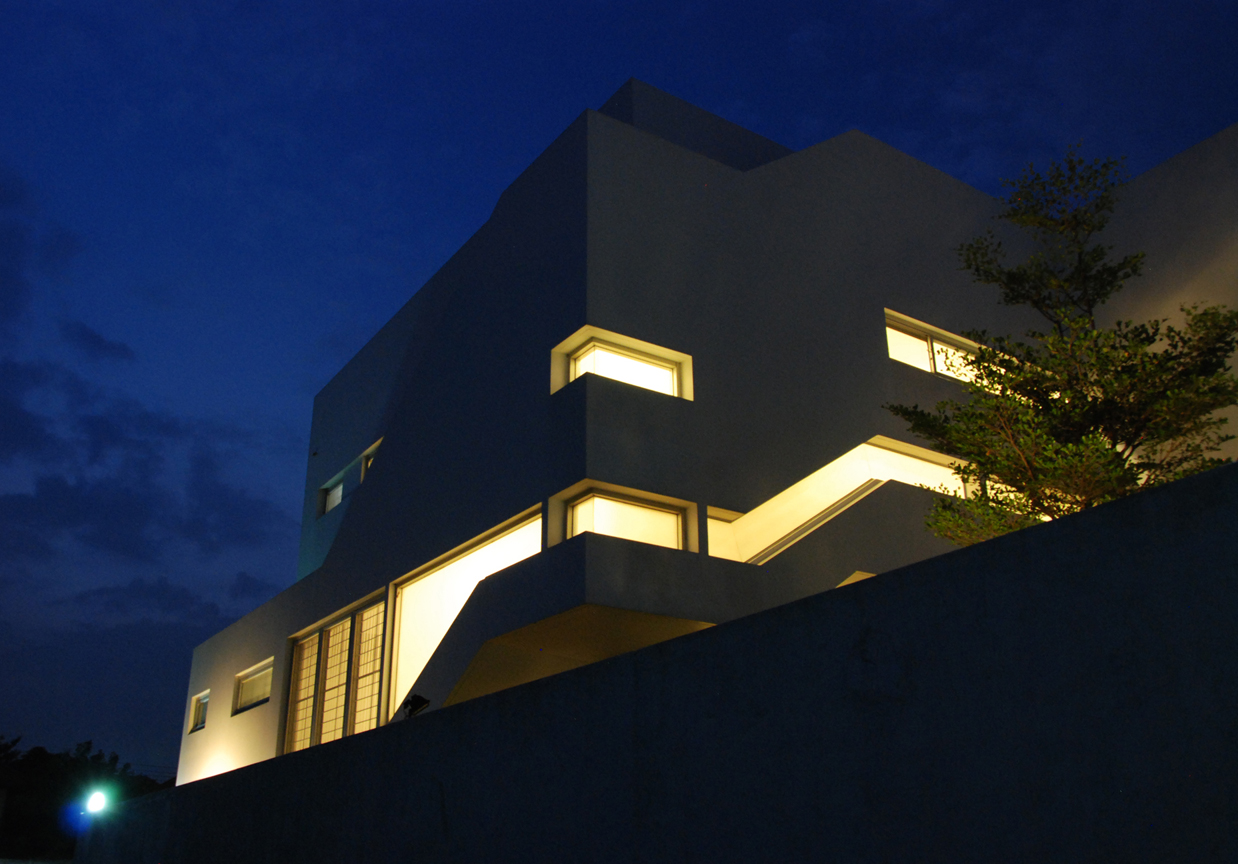 
Located in a tranquil neighborhood in Nonthaburi, a satellite city of Bangkok, PJ House reflects lifestyle of a small, middle-class family into physicality where intimate relationship between family members is the key to be conceptualized and synthesized throughout the spatial organization of the house.

The site of the house is adjacent to a 2-storey house on one side and on the other two sides are empty lands to be developed in the future. The undefined surroundings provide no guarantee of the look-out view from the inside of the project. Even if they became single houses, the privacy and intimacy in which the owners seeking for would not be achieved.

To response to this typical challenge, the layout of the house is strategically placed in a C-shaped configuration, in which the inner space at the heart of the layout is carved out to become a central green area, or ‘Green Room’, where every other room on lower and upper levels benefits from natural light that comes through.

The ‘Green Room’ also acts as a three-dimensional void engendering visual connectivity among rooms that surround it. Family members are able to see one another’s activities, even though they are scattering in each room of the house. Not only it brings urban residents back to be part of nature, it also encourages family members to be part of their physical and tangible world of one another again, otherwise probably being occupied by virtual world equipped by fast-changing technological gadgets.

To magnify the concept of internal connectivity, the staircase is pushed outward to be a separate mass at the front corner of the house, clearing the double volume space inside that links two levels together. As a result, looking from outside the volume of the staircase distinctively characterize the entire morphology of the house.